A Journey Through Britain's Roman Roads 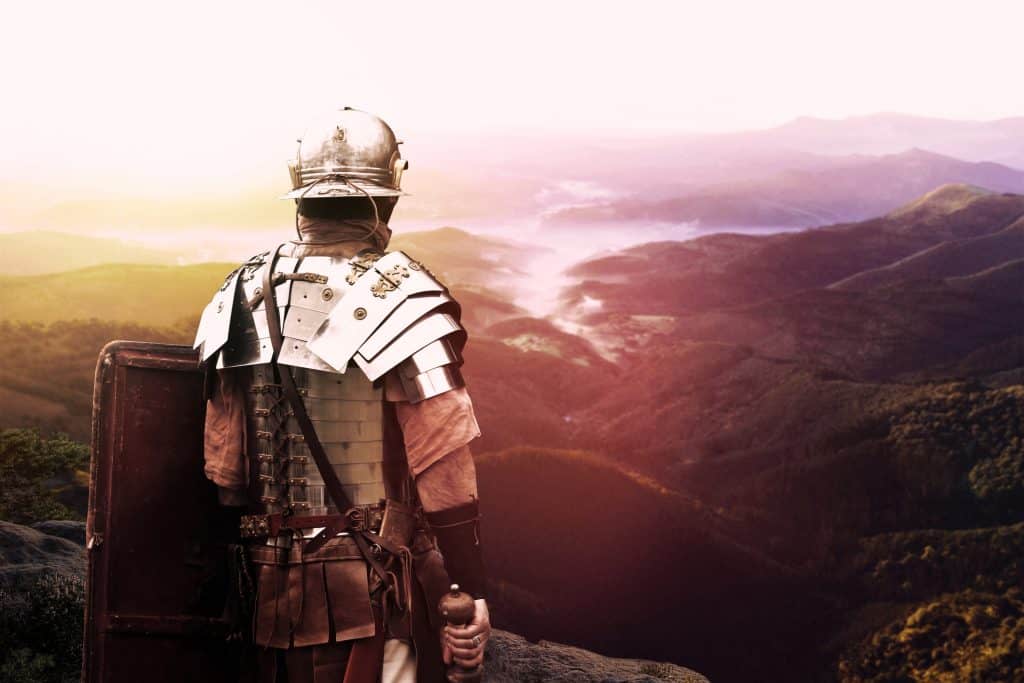 Such is the remarkable nature of Roman roads that nearly everyone has been told two things about them at some stage in their life, regardless of their actual desire to hear so.

The first maxim dictates that all roads lead to Rome, and the second that all road lines up straight as the crow flies. The first maxim is rarely taken at face value, and although the second is often accepted as a rule, it is even less true. Apart from anything else, the Romans were a pragmatic people, and so rarely would you find them bulldozing through miles of steep rock for the satisfaction of a perfectly straight road. Instead, surveyors would perform a detailed study of the relevant terrain between two points. They would then divide the route into multiple sections, each a couple of miles long, typically divided between major geographical features. Each individual section would form a straight line, but consecutive sections could run off each other at gentle angles, sometimes paving a mild zig-zag through the countryside.

How Were Roman Roads Constructed?

The standard roman road would first be mapped and planned by a small collection of expert engineers, who used a groma, an instrument resembling a wooden cross, to line up the road. They would then start digging out two drainage ditches, around two meters apart, through which the road would run. The soil from these excavations would then be used to build up the middle path between the ditches into a raised section on which the road would follow, called the agger. The mounded agger was then covered with metalling, large stones would be rammed into the earth, created a firm bases on which smaller stones would be compacted into. If you were to leave the road at this point, then it would be referred to as a metalled road, from the Latin metallum, which means ‘quarry’. Some roads, depending on the local environment, importance of road and available wealth, were constructed with culverts – draining channels – that ran beneath the road and helped to keep it dry.

Size did matter, and the wider the roman road the richer the region, the more important the route. A standard metalled road stretch to 20 pedes wide, an ancient measurement that approximately equals two lanes in a modern motorway. This was designed to accommodate two-wheeled horse drawn vehicles, the basis of internal trade in the Roman empire. However, Watling street was an important route. Not only did it carry much of the trade from the southern ports into the capital, but marked the route of the successful campaign into Britain, and was also one of the first signs of Rome that a new traveler to Britain would see. Therefore, the road was extended in width to 34 pedes in places, or five lanes of a modern motorway. Watling street ended its journey in Rutupiae, a walled city near the white cliffs of Dover, where the Romans designed an imposing victory monument to tower over the surrounding landscapes, so tall that it could be viewed from sea. Through the example of Watling street it is clear that roman roads sat at the confluence of economic activity, military need and imperial pride.

The Strategic Importance of Roman Roads

Britain is home to two Roman roads that are particularly non-straight, meandering through the countryside in a particularly non-Roman manner. These roads were, however, deliberate and very strategic. The first, the Stanegate Road, was constructed in Cumbria across the northern frontier between the River Tyne in the east, and the River Solway in the west. The second was the Military Way, built a century later further north.

Both examples highlights the centrality of roads within the strategic approach of Roman military commanders.

The roads were integral to the defense of the northern frontier against attack from the fearsome Picts, a confederation of tribes who maintained their independence from the Romans in what is now modern-day Scotland. The hard-wearing surface ensured that troops could march across the frontier to deal with attacks at any point across the region, enabling the maintenance of a strong border with minimal resources. The construction of the road was dictated by the local topography, as its architects prioritized the strategic need to hug the high ground in unstable regions. This explains why both roads curve beyond the traditional idea of a roman road.

The two roads were used as the basis for two of the most imposing roman constructions in Britain. Hadrian’s Wall runs across the breadth of the Stanegate Road. Built around 122 AD on the orders of Emperor Hadria, the defensive fortification ran a total of 117 kilometres across the north, and was guarded by a range of Roman buildings, settlements and forts. Many spots along its route have been excavated become popular tourist attractions, like the defensive fort at Vindolanda, which is home to some remarkable archaeological finds, including a roman temple, roman gardens and late roman church. The museum at Vindolanda gives a rare insight into the life of a roman legionary in Britain, as the archaeological excavations include a range of very personal finds, from writing tablets to boards games.

The Antonine Wall was built several decades later, and marked the high-water mark of Roman conquest against the Picts barbarians in the north. However, these gains were proven to be short-lived, as the roman garrisons retreated southwards to Hadrian’s Wall barely 20 years later. Underlying all this history is the roads and infrastructure that enabled the provision of goods, the speed of transport and the strength of borders required to maintain peace in the provinces.

The two roads were used as the basis for two of the most imposing constructions built by the roman army Britain. Hadrian’s Wall runs across the breadth of the Stanegate Road. Built around 122 AD on the orders of Emperor Hadria, the defensive fortification ran a total of 117 kilometres across the north, and was guarded by a range of Roman buildings, settlements and forts. Many spots along its route have been excavated become popular tourist attractions, like the defensive fort at Vindolanda, which is home to some remarkable archaeological finds, including a roman temple, roman gardens and late roman church. The museum at Vindolanda gives a rare insight into the life of a roman legionary in Britain, as the archaeological excavations include a range of very personal finds, from writing tablets to boards games.

Why Did Road-Building Stop with the Romans?

Rome’s exit from Britain was a painful and slow process. Towards the end of the 4th century, much of the empire was under attack, and so most of the legionaries in Britain were sent back to defend the Italian heartlands. Eventually, the steady shipments of pay, in the form of imported gold, to the remaining soldiers ceased, and with it the central Roman authority collapsed. The roads were generally left to crumble away, and by the 6th century it was common to see of travelers walk on either side of an old roman road, at that point preferring the soft grassy banks to the central rubble.

Roman technology, like roads, dissipated so quickly because they were reliant on a far broader socio-economic structure.

Many of Rome’s roads were centrally paid for by the empire’s coffers. Hard-wearing roads were the luxury of a wealthy empire, and simply not seen as a necessity in Anglo-Saxon Britain. More than wealth, the construction of large networks of roads required an organised bureaucracy, which can co-ordinate the scale of a national project, rather simply abiding to parochial interests. This enables the construction of roads that connect richer regions to poorer ones, or sprawling metropolises to military outposts, rather than simply aligning roads with the specific demands of an affluent elite.
Similarly, the society must be confident in the security of an army, wherein the state has a monopoly on violence, to allow the extension of roads into the barbaric wilderness.For any empire, finance and security are mutually reinforcing, and therefore equally important. The strategic roads running Vindolanda, which provided the security that enabled the brief blossoming of Britannia’s economy, were made redundant once the roads behind it dried up of trade.
Such is the challenge of road-building. It demands wealth, security and organisational proficiency. The roads that the Romans left behind were the final fruits of a youthful empire, and the first losses of a fading power. Even as late as the Victorian period, Britain’s government could not provide for roads in such a manner, relying on a multitude of turnpike firms to maintain the main roads. The society too must have schooled engineers who survey and design a hard-wearing road.
The Roman imperial machine had met these demands in areas as remote as the Antonine Wall and Northumberland national park, both more than a thousand miles from its capital in Rome, and each a seven week journey to Constantinople at the other edge of the empire. Many modern states would struggle with such a task. Clearly, the Roman empire was a truly remarkable machine, and its roads provide the first route into a greater understanding of its prowess.

How to Spot a Roman Road 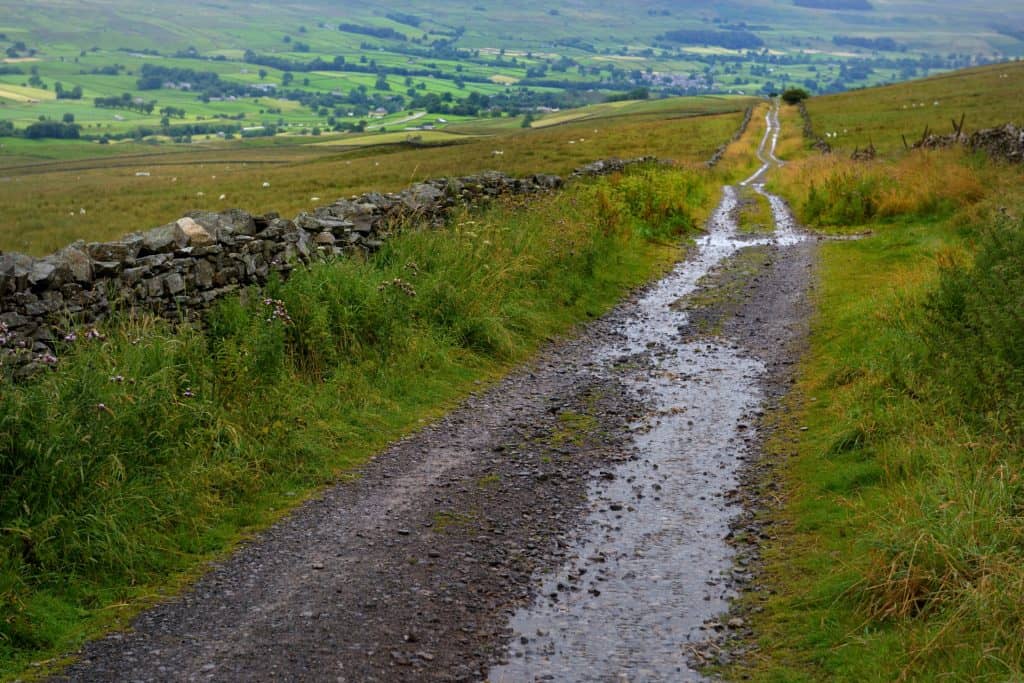 Two of the Best Roman Roads in Britain

The start of Watling Street , the first Roman road in Britain that once connected the capital to its southern ports, is less than a 10 minute train ride from Trafalgar Square. Though a bustling city center has grown around Watling street , the centrality of the old roman road within the City of London offers an intriguing insight into the ancient history that lies very literally at the heart of our modern world.

Stanegate road, rarely followed by most tours of Roman Britain, is the infrastructural secret running literally behind the grandeur of Hadrian’s Wall. Now a modern road running near the Northumberland national park, is one of the few examples where the old Roman milestones are still in position at several paths along the route. In addition to the ancient milestones, the fort at Vindolanda provides a great example of how central Roman roads were to the broader defense of the empire.

Further Reading and Some Local Knowledge: